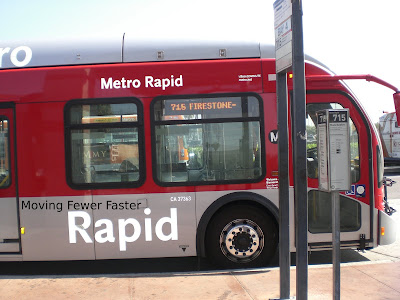 Another self promoting brochure(1) by (no doubt) the LACMTA “Marketing Department” says (pages unnumbered) “Metro's Mechanics, Operators Are the Nation's Best”. I will let that stand without comment and later in this posting direct your attention to the extremely poor jobs performed by others in other areas so that you will see that on average, things are not so great.

And the winner for gormless hebetude is … the LACMTA?
Click above for crowd reaction

The first runner up is, … Beach Cities Transit for signage whose informational content is inversely proportional to the area of the physical sign. (See posting of 2009-07-31) Click here for crowd reaction.

The usually empty 632 Line buses whose route parallels the Gold Line Extension that are sort of a post-construction route simulation, may be a predictor of what actual Expo Line traffic will be.

The “Citizens’ Campaign” site covers issues, in addition to safety, which a local newspaper (if we had one, could win Pulitzers by providing similar coverage). I respect the work by many Los Angeles’ bloggers, but in this case I can only say: “highly professional” and “well worth reading” and give them my highest praise! 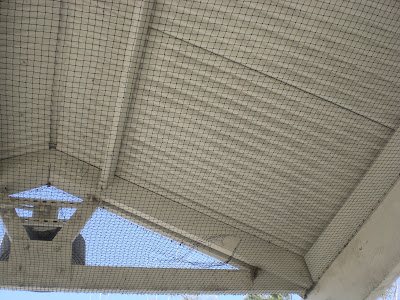 Of course, the better solution, vis-à-vis bird protection, is to replace the netting with a metal screening with say, a one fourth inch (6mm) mesh. 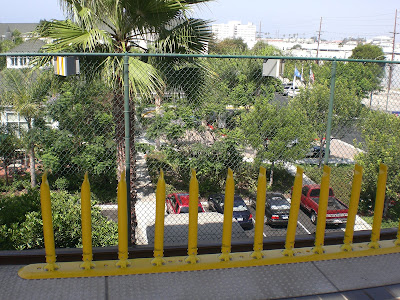 The present installation is, at least for the sighted, more of a visual clue than a physical barrier! 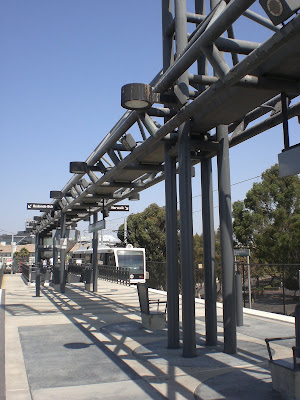 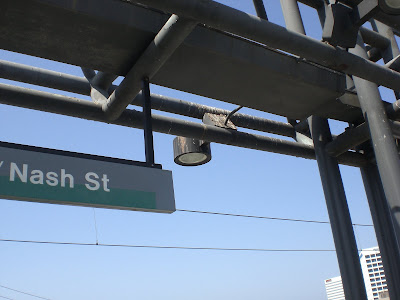 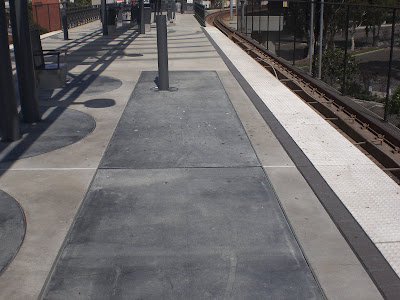 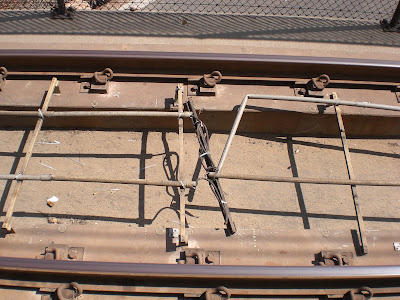 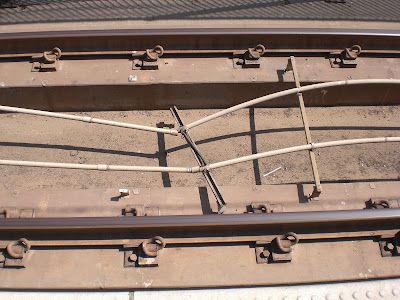 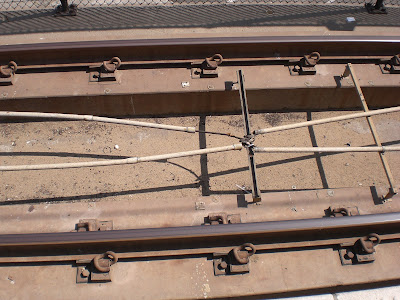 ♪Note too, that in the first photo above♪ , apparently radiator hose clamps were used to “clump” the cables together. 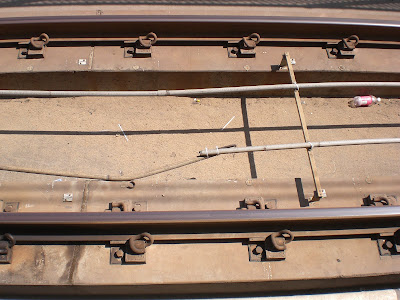